All excursions can be adapted to any level and we also organize tours of several days. This selection of tours is for you who have not booked any packages. We also organize transfers and we can prepare programs of several days. All adapted to their physical condition and interests. The greater the number of people for a tour, cheaper it becomes, so do not hesitate to invite other tourists and hotel guests! At your disposal a team of trained guides with knowledge of English, French, German and Portuguese.
Contact us for more information 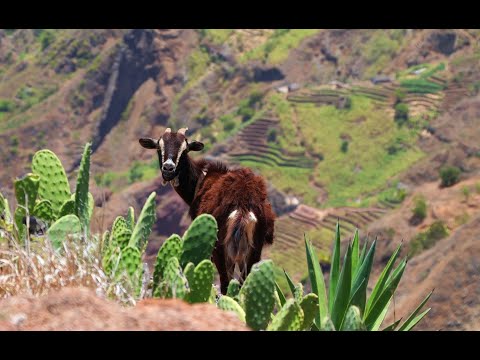 This excursion will give you the possibility to see a big part of this magnificent island. It starts at your hotel, we will first drive to Ponta do Sol, a small Fisherman village. Now we drive up the Ancient Road of Corda where we make several photo stops and we visit the Cova crater. An optional walk is possible here to the view point in the Paul Valley. After lunch we drive to Porto Novo for a swim on the beach of Curraletes. The tour ends in your Hotel.

The walk starts at the end of the road of the Paul Valley. This walk is special because you cannot do it on your own! The guide will take you through small villages, fields and over Levadas. You will descend on neat paths, passing trees and terraces which yield papaya, oranges, yams, avocado, peas and aubergine. And you can enjoy a freshly made traditional coffee! Nature seems to be in a bountiful mood in this Garden of Eden of a valley. We finish at Cidade das Pombas 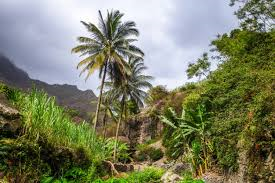 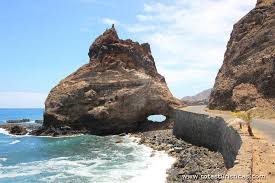 This walk starts at sea level and offers us endless views over the Atlantic and the whole Paul coastline. On the top we find the small village of Fajã de Janela, where we meet lots of local people and we see the real village life. Before going down in Ribeira de Janela we enjoy a traditional lunch at local farmers. Serpentine basalt way takes us true gigantic sugarcane and banana fields. Our walk ends when we arrive back at sea level.

The walk starts in Lombo Branco and ends on the other side of the mountain in Pinhão. This walk used to be the only way to go across before they built the road at sea level. The guide will take you through small villages, some abandoned. You can enjoy freshly made coffee under huge trees. You will descend and ascend on neat paths, passing trees and terraces and you will be surprised by the beautiful sea view. The walk ends at Pinhão but if you prefer you can walk until the sea. 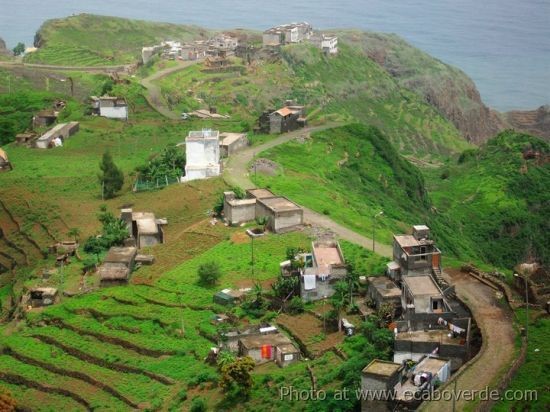 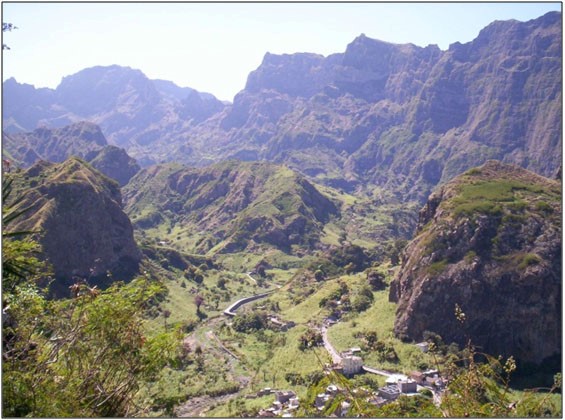 In Paúl, the almost 900-meter-high rock face, which delineates the valley to the west, is called Rotcha Grande, the great rock. The cartographic name Bordeira de Pau is as little known as the summit Pau Seco despite its picture book view. One looks so unusually steeply down into the side valleys of Paúl, on the roads, the trapiches and in the backyards, that at first glance a good photograph can hardly be distinguished from overflow data. We will go up to the view point of Pau seco and then back down on the same way. Only a few trees have survived an extensive forest fires at the end of the nineties, and the paths are lined with thorny bushes and agaves, so long, long-lasting trousers are recommended.

This walk is one of the most popular hikes on Cabo Verde, along the coastline whit its Sinuous paths. The ocean on your left side, the mountains on your right you walk through tiny villages and through the famous village Fontainhas. The people living there have the world’s second most beautiful view. On the way you will stop for lunch at a local family to enjoy the spectacular view. 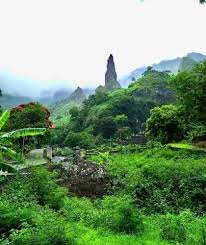 This walk starts on the panoramic road at Cha de Mato in Corda, which is a village on 1000m height. The valley of Ribeira da Torre is not so explored just because of his well-known neighbor the Paul Valley. The way down is steep but very authentic and one of a kind. The views are breath taking! We walk across small isolated villages and upon arrival in the riverbed we can enjoy a glass of freshly pressed sugarcane juice. This walk can also be done the other way around if you prefer going up.

This walk starts in Coculi a small village in the Ribeira Grande valley. This walk will provide an excellent view in the valley because we will cross 3 valleys until arriving in Chã de Pedras. We will have lunch at a local place and we will visit a Grogue factory. 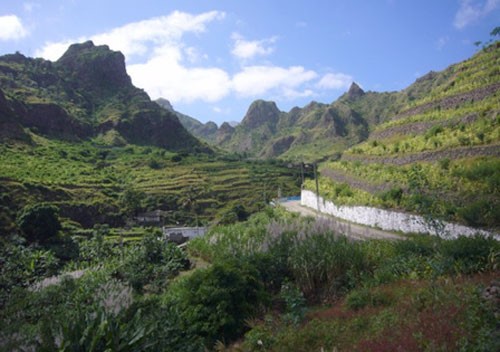 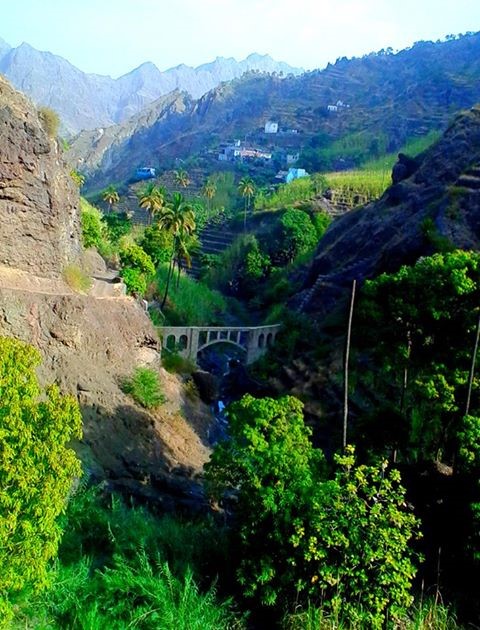 We start whit a Transfer via the Old mountain road. Our hike starts partially through a forest, then through the dry and soft landscape from Lagoa and finally down to the small village Caibros, situated in a beautiful green valley of Ribeira Grande.

This walk is spectacular; we walk up an old paved trail to the border of North. The views are breathtaking and the job they had building this path is incredible. Arriving on the top allows us to see a total panorama of the Ribeira das Patas valley and up there another landscape awaits us. Under pine trees, beside an old volcano crater, is where we will enjoy our picnic and then we go the same way back down, there is also a possibility to go on until north but this would add costs as the transfer is long.. 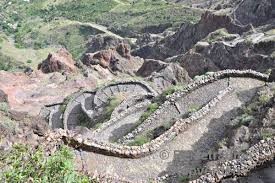 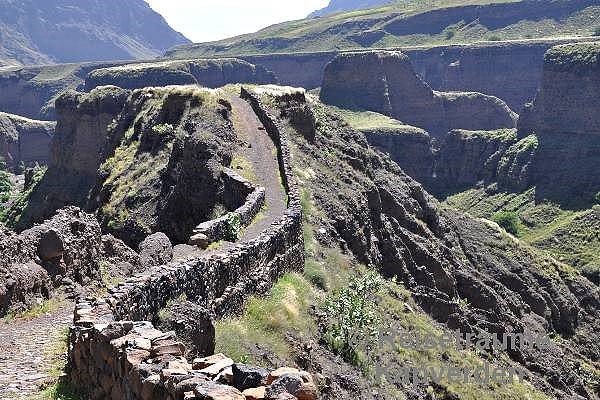 This walk starts in Alto Mira, one of the most isolated valleys of Santo Antão where their specialty is biological farming. We go up on a paved trail until the pas of Forquinha, it is so narrow you can almost tough both sides! From there we descend in the valley of Ribeira Das Patas and at the end we cross a beautiful canyon. The basalt walls along the way are one of a kind and stand like figures. 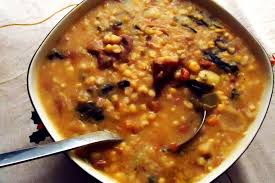 The best way to discover the most Traditional dish Catchupa is by making it your self’s! This Catchupa course will teach you how to cook as a real Cape Verdean! Together whit our Chef you will prepare the Catchupa and of course taste it.